Fiona has continued to paint with obsessiveness and enthusiasm. For her birthday I made up some business cards for her. In the corner is a tiny cropped colour photo of her at work (I used the photo from this blog post). At the top it says "Fiona Burkholder, watercolour artist, age 4." Then, below the contact information, it says "Studio Visits by Appointment." She was thrilled and gives away a card every time she gives away a painting.

A couple of paintings from the floral series

Her art is getting a little more purposeful and goal-directed, though I'm trying to temper that, since what makes her so amazing (to me) is that she is completely absorbed by the process rather than the product. Still, she's doing some new things that are fun to watch developing. 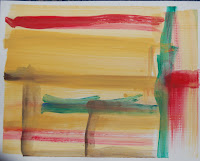 This is one of her all-time favourite paintings,
because of the interactions of various brushstrokes 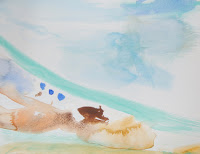 She was really pleased with the way she was able to
paint the idea of clouds in the sky here
Thank goodness she's now getting pretty good at setting up her paints. Using watercolour blocks means I don't need to help her masking-tape paper to the table to keep it from curling. We don't bother cleaning up afterwards most of the time, because the odds are she'll be back to paint again later that day at least once. The hair dryer (which speeds drying between different applications of paint) is permanently with her paints.

I'm guessing that the obsession will fade at some point, though the value of what she's been doing will never be lost. Then again, maybe her interest in painting will continue as strong and stable as her interest in violin has for more than a year now. This kid has a lot of sticktuitiveness! 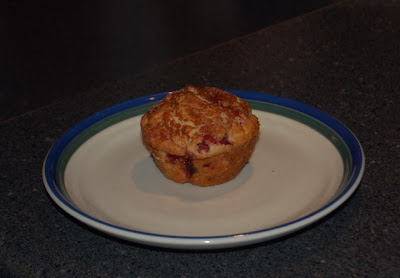 My children tend to be pretty honest people. It sure makes life easier as their parent, and I try to remember to count my blessings on this, as on so many other, fronts. The other day on a message board someone asked about discipline strategies for lying for her friend's 8-year-old, and as I wrote my response (quoted below) I had a chance to think through what I do, what I would do, and why.

"Do you ignore it, do you take things away?"

Neither. First, I'd examine why my child is lying... wishful thinking, inappropriate expectations, fear of punishment, impulsiveness, a desire for increased autonomy and control, etc.. I'd try to deal with the root causes.

I'd be very careful to phrase my comments to my child in such a way that they don't encourage lying. So rather than saying "do you have any homework?" (which invites a child to say "no") I'd say "let's get out your schoolwork and look through it so we can find out what should be done." Rather than asking "did you eat the extra muffin?" (when you know perfectly well he did), say "I see the extra muffin is gone. I would really appreciate it if you would ask me before snacking on the baking because sometimes I'm counting on those things to put in your lunch the next day." I think lying is always tempting to children, because if they can pull it off it's such a quick and easy way to avoid conflict and to avoid facing stuff about themselves that's hard to accept. So it's important not to let them develop the habit of lying -- by minimizing the temptation.

I would make sure it is very clear to my child that lying is not acceptable. Not by punishing, or arguing over what the truth is, or by getting angry and telling him off when I think he's lying. In the heat of the moment I would just move on. But later, when things have cooled off, I'd take a quiet moment with my child to say something like "That episode this afternoon with the muffin really bothered me. I hope you understand that it's important for you to always be honest about things like that. I'll find it hard to trust you about lots of stuff if I can't count on your honesty. I know you're a good kid and you'll want to do what's right. Can you be a little more careful about that tomorrow?"

And obviously if, despite such efforts, lying continues, the logical consequence is a loss of trust and an increased need for direct supervision. If a child, for example, continually lies about having brushed his teeth when he hasn't, the solution is to accompany him to the bathroom to watch him do it. If a child lies about using the family computer when mom is napping after night shift, she'll need to sleep with the power cord.
1 comments
Labels: Family Matters 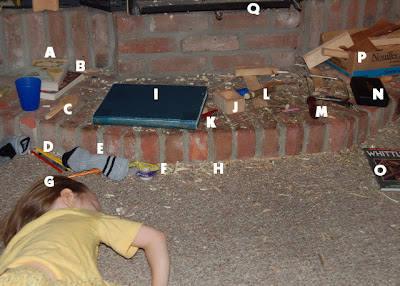 Generally our late evenings begin with Noah's math. He has decided that he wants to 'catch up' in math this year. Not catching up as in "matching his grade level to his age" but catching up as in "going through some bookwork systematically to the point where his mastery of symbols and computation matches his conceptual level." So he's picked up the Singapore Math books again and with 10 or 15 minutes a few nights a week has worked his way through the Grade 4 and much of the Grade 5 stuff in the past two or three months. He likes this time, though he sometimes struggles with the transitioning from whatever he was involved in before. He usually grabs some hot chocolate, and Fiona and Sophie often join him in a warm drink. Sometimes one of them will decide to quietly work on some math or similar bookwork too.

We might have a brief break for a snack, and then we start our readalouds. The first one is always non-fiction. Recently we've been working our way through Steven Isserlis' wonderful biographies of Handel, Haydn and Schubert from his book "Why Handel Waggled his Wig". Next up are the Groundwood Guides to "Being Muslim", "Climate Change" and "Empire." After we finish our non-fiction du jour, we pick up our current novel. Right now we're working through Kevin Crossley-Holland's terrific "Arthur" trilogy. While I read that Fiona will often curl up on the couch or the floor and fall asleep. Noah and Sophie will often grab carving tools and whittle and gouge and carve away, creating shavings everywhere.

Sometimes reading aloud ends when we all get too tired to go on. But very often it evolves into a long discussion about something or other that then veers off on incredible tangents. Did I mention this is my favourite time of day?
3 comments
Labels: Family Matters, Living simply, The ugly face of reality

Gnomes in the Forest 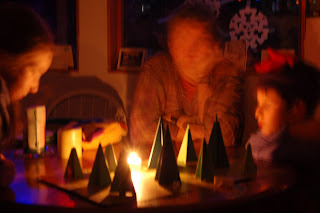 I wrote in my recent Family Games Night post about Waldschattenspeil, also known as "Shadows in the Forest." I was looking through some old photo CDs when I came across this time exposure photo of Chuck and the kids playing. If you can find this game somewhere, I highly recommend it for the magical spell it and the dark and the candle can cast over a family. It's for 4 to 6 players, takes about 15 minutes to play once (though it's very fun to take turns being the candle-pusher, so multiply that time by the number of players) and can easily be played by kids from 5 or 6 on up, a little younger with a bit of assistance.
5 comments
Labels: Family Matters, Living simply, Resources 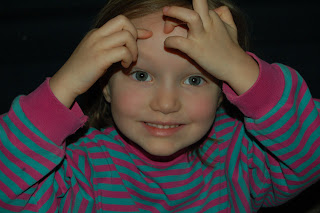 Back when she was two, Fiona was madly learning new words. She knew the part of her head above her eyes had a special name with a number. Twohead, was that it? We smiled and told her that yes, she was two, so that must be her twohead.

When she neared three, we asked her if she was going to have a threehead soon. Of course, she said. And against all odds, this little tyke with the immense vocabulary has persisted the whole year in believing that she has a threehead. We find it sweet and endearing. We joke about tenheads, forty-three-heads and seventy-heads.

She's turning four next week, though, and I'm afraid this is it. Soon she will have a fourhead, and no one will know that it's not a forehead, and I suspect that she will never have a fivehead. No matter how hard we hold onto these sweet little-kid things, she'll only be little for so long. Already she seems so grown up in so many ways.
1 comments
Labels: Family Matters 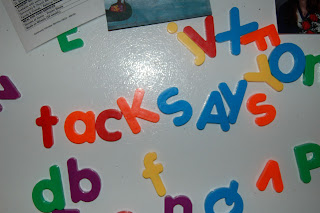 As I've mentioned before, Fiona is learning to read. Pretty much all I've done is answer her questions, which have become increasingly complex. We also have the first level of Bob Books lying around, which she enjoys pulling out and reading from time to time, and magnetic letters on the fridge, which have become her favourite preoccupation.

Yesterday she asked for help spelling "says", wondering if it was SES ... and I, kneading bread on the counter around the corner, dutifully spelled out the letters S-A-Y-S. Then Fiona proceeded to announce proudly that she had spelled 'taxes' -- and there it was: TACKSAYS.

The beauty of just responding to questions is that you never make the mistake of pushing, you never use the wrong approach (with the occasional exception of mis-spellings like 'tacksays', LOL!), you never overstep a child's autonomy or readiness. This is pretty much how her older siblings all learned to read too.
4 comments
Labels: Homeschooling